Today one of our wonderful Committee members and volunteers Taryn received a prestigious Cystic Fibrosis Australia advocacy award.  Her award was  presented by the Governor General of Australia, Sir Peter Cosgrove, at his Kirribilli residence. Some of you will remember Taryn as she was the guest speaker at the 2017 Capel Vale Conquer Cystic Fibrosis Grand Ball.

Taryn is passionate about the need for more medical research into Cystic Fibrosis (CF) and is also a strong advocate for placement of Orkambi on the PBS. She has spoken out loudly and widely and said that she accepted the award yesterday with a heavy heart because the lengthy negotiations to get Orkambi on the PBS appear to be going backwards.

Taryn said “this award is an opportunity to speak out about the need for changes to the processes for funding breakthrough medicines, not only fo Orkambi but those in the pipeline. Medicines which treat the underlying cause and that may well lead to CF becoming a manageable disease in the foreseeable future”.

Taryn does all that she does for her son Connor and the 3300 other Australians living with Cystic Fibrosis.

All of us at CCF would like to extend our congratulations to Taryn on this wonderful achievement. 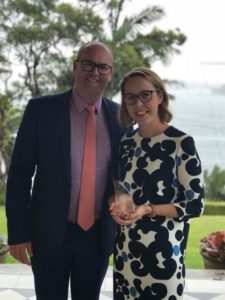 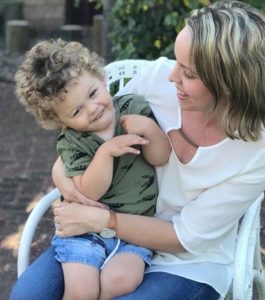